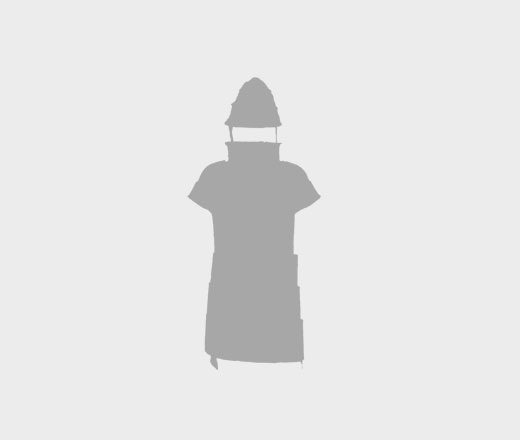 In the flat area east of the Larissa hill was founded the Agora, the centre of the public life of Argos city. The traveller Pausanias, who visited the city in the 2nd century AD., describes in every detail the monuments and the public buildings that adorned the site. A part of the ancient Agora was revealed during the excavations that are conducted by the French Archaeological School from 1952 up to now in collaboration with the D΄ Ephorate of Prehistoric and Classical Antiquities of Ministry of Culture. 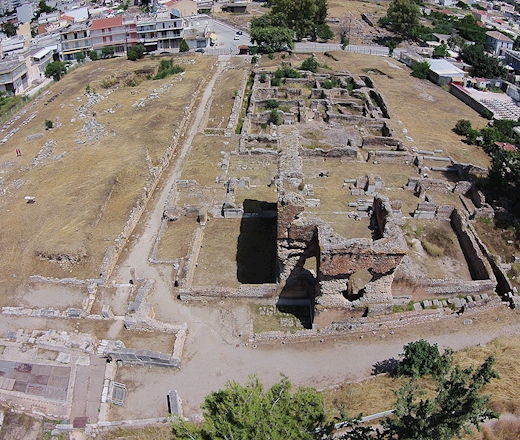 Argos' Thermes belong in the public bath complexes of monumental scale of the Roman times that constituted a place of meeting, socializing, exercise and recreation of the citizens. Their luxury is testified by the elaborate mosaics and the marmor floors but mainly by the great number of statues that had been set up in the rooms’ niches and they depicted gods and heroes. 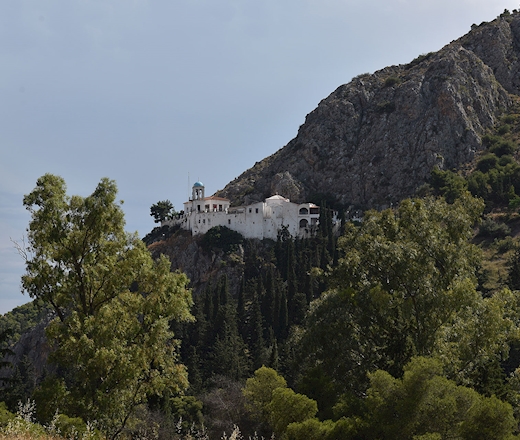 The Sacred Church of the Eisodia (Presentation) of the Theotokos- Panagia Portokalousa, Argos

The monastery of Panagia is built on the eastern slopes of Larissa Hill in Argos. It got the name 'Katakekrymeni' [well concealed] because, according to tradition, it was here that an icon of the Virgin was found inside the rock. It is also known as 'Portokalousa' because, as part of an old Argive tradition, oranges [portokalia] are thrown at newly-wed couples on the feast day of the monastery (21st November). 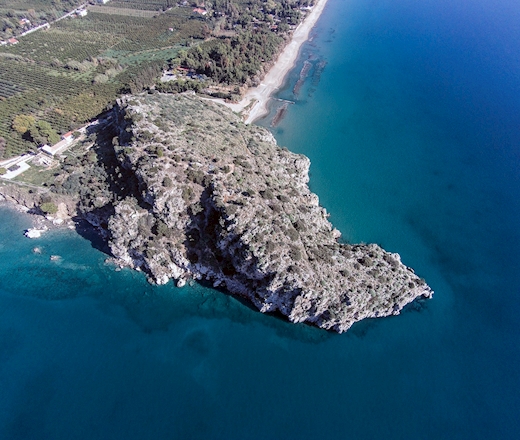 The Acropolis of Asini

The Kastraki peninsula juts out between Gulf of Tolo and Plaka Beach at Derpano. On entering the archaeological site through the main gate in the walls, you can see the whole history of the area, from the dimmest past to more modern times. 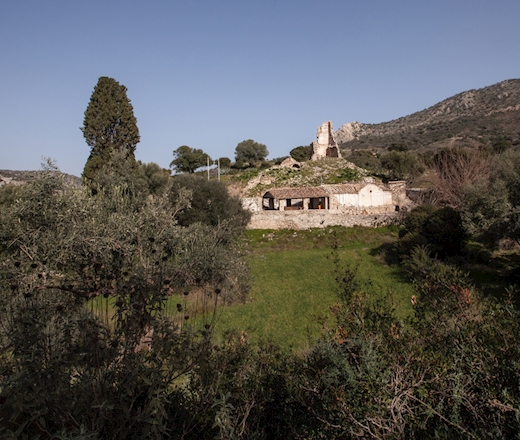 Monastery of the Metamorphosi of the Sotir [Transfiguration of the Saviour] in Tselo, Asini

The monastery of the Metamorphosi of the Sotir is located in an isolated position, around 3km from the village of Tselo (modern Agia Paraskevi), and south west of Asini, with a view of the Karathona Bay. The monastery was in operation until 1834. 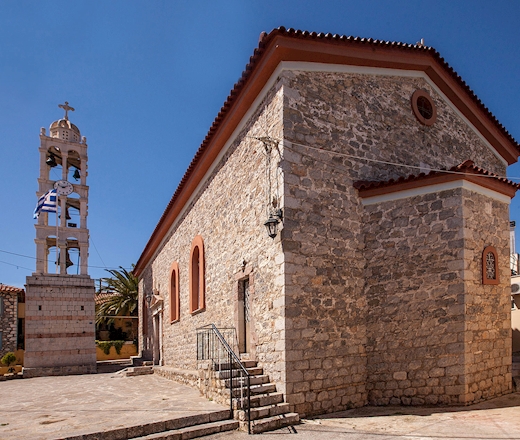 The Sacred Church of Agios Dimitris in Asini

The church of Agios Dimitrios is found in the centre of the village. In order to fix the damage that the belltower had suffered, extensive restoration work was carried out in 2004. 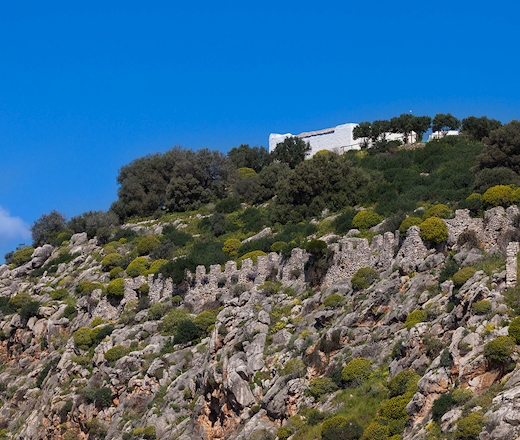 Daskaleio Island is in Tolo Bay, behind Romvi. During the transitional years (7th to 9th century), the two islands, as with other small islands in the Argolic Gulf (Plateia, Kounoupi, Chinitsa) seem to have been used as naval bases for the Byzantine fleet, to deal with the raids by the Arabs and Avars. 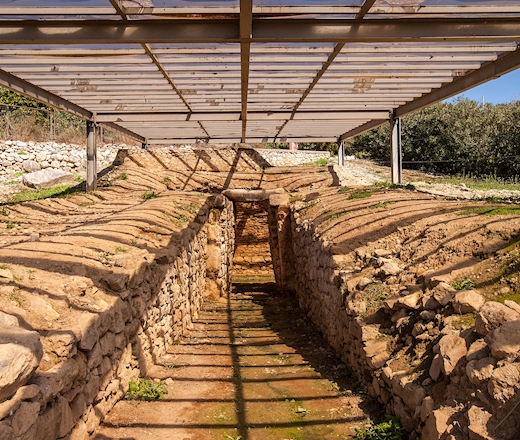 The Mycenaean Necropolis at Dendra

The Mycenaean acropolis at Dendra spreads over the slope of a low hill, west of the Mycenaean acropolis of Midea. So far, the excavations from the end of the 1930s to the present day have uncovered one domed tomb and sixteen chamber tombs, which were cut into the soft rock of the area, in a dense arrangement. 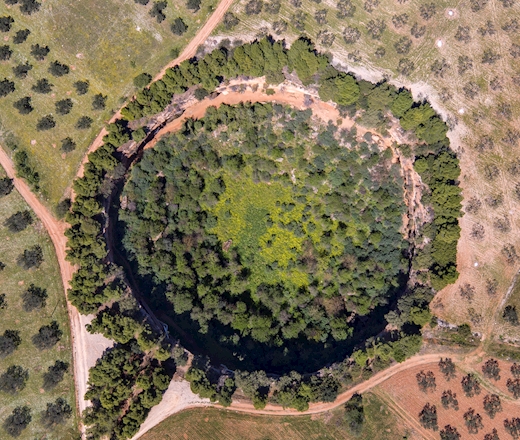 The Cave of Didima 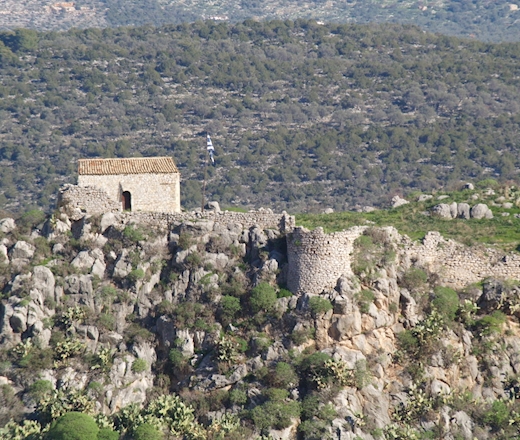 The fortress sits atop the rocky heights, above the village of Piada (aka Nea Epidaurus). The location of the fort is strategically placed so as to make it invisible from the sea, which is very close. The choice of the site served to protect the town from pirates. 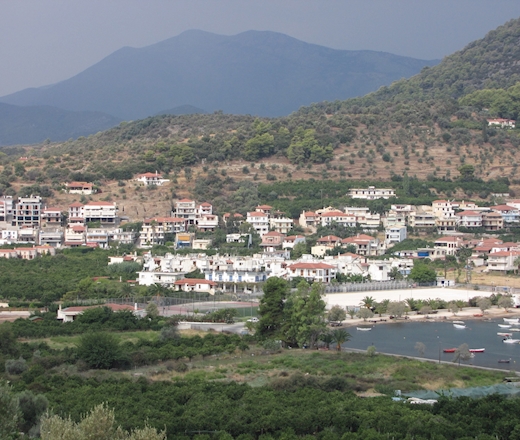 The Mycenaean necropolis at Palaia Epidaurus

Work began at the end of the 19th century on locating and partially excavating the Mycenaean necropolis on the steep eastern slope of Katarachi Hill, at Nera, west of the modern town of Palaia Epidaurus. New evidence has come to light in recent years, following preservation excavations. The necropolis was organised into clusters of chamber tombs, cut into the natural rock of the area. 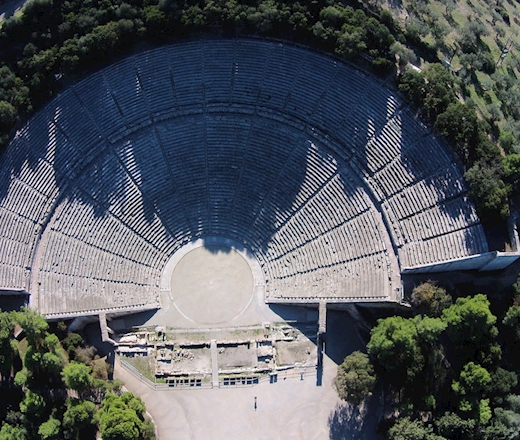 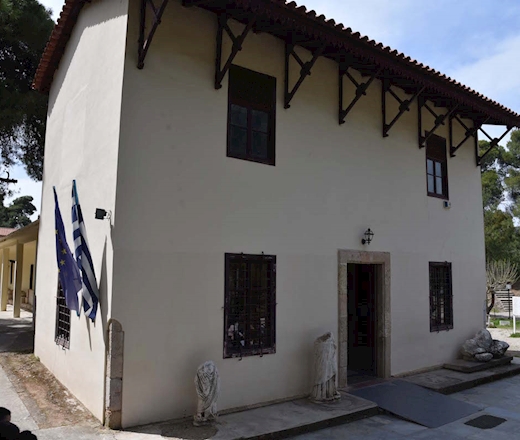 The small archaeological Museum of Epidavros is at the entrance to the archaeological site of the Asklipieion and houses many of the finds that were discovered there. It is considered of great importance because the exhibits include many fragments of architectural parts from the superstructures of the most notable buildings in the sanctuary. 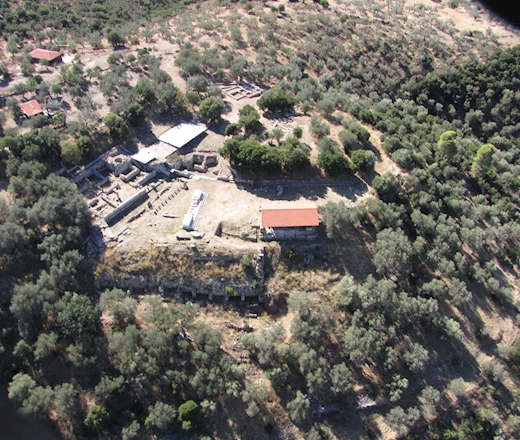 The Sanctuary of Apollo Maleatas occupies the north slope of the most easterly peak of Mt Kynortion. The cult was born in very ancient in very ancient times beside the springs with their abundant water, and it later continued and flourished in the Asklepieion in the valley that extends beneath the western foothills of the mountain, where the Theatre has been constructed. 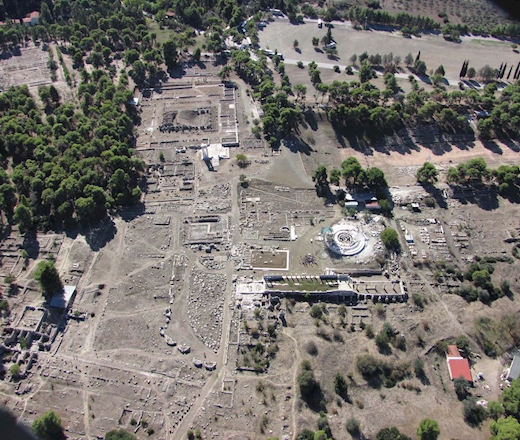 The Asklepieion at Epidavros

The most important Asklepieion in antiquity, whose fame was universal, grew up in the territory of Epidavria and became the official sanctuary of the city-state of Epidavros, which was 8 kilometers distant. Its activity over many centuries and the nature of the cult elevated it to an ecumenical centre with an immense reputation, to which all the other Asklepieia of Greece and the Mediterranean, from Rome to the East, were subsidiary. Here, even though tardily, Asklepios was for the first time honoured as a god. 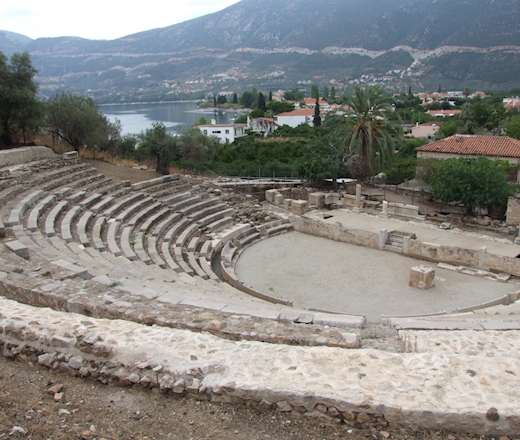 Theatre of the ancient town of Epidavros