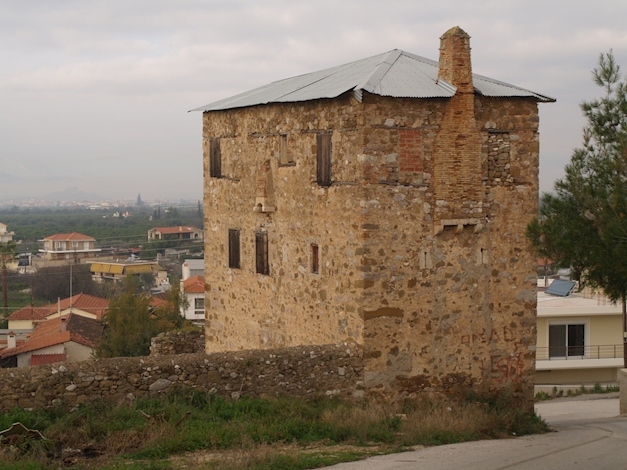 Nearly rectangular in plan. It consisted of three levels (ground, and first and second storeys), and had a four-sided tiled roof. Access to the tower was gained through a door on the south side of the ground floor: such is not at all common for tower-houses, but it was protected by a machicolation. The defensive capacities were enhanced by gun-loops which were opened in the upper floor. Subsequently the building underwent several conversions. It can be dated in 18th century.