The Archaeological Museum of Argos 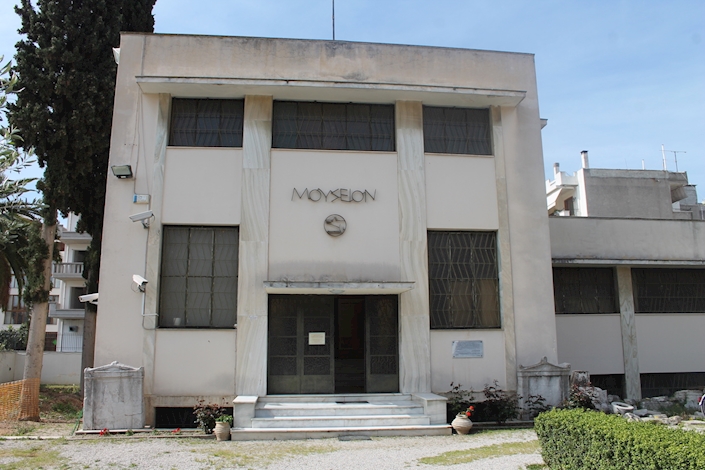 From the 1960s, the Archaeological Museum of Argos has been housed in a building complex which consists of the historic residence of General Dimitrios Kallergis and a modern building that was attached to it, at the intersection of Vasilissis Olgas and Kallergis streets. The Kallergis residence, built in 1830, was converted between 1956-1957 to make it suitable for a museum, while the additional modern building, which was built with funds from the French Archaeological School, was dedicated in 1961.

The building has been closed to the public since 2014, as there is work going on to upgrade the building and re-display the collection, with joint funding from Greece and the European Union.

The old exhibition in the museum included finds, mostly pieces of pottery and sculpture, from the excavations of the former 4th Ephorate of Prehistoric and Classical Antiquities (the current Ephorate of Antiquities of Argolis) and the French Archaeological School at the prehistoric settlement of Aspida, the Mycenaean necropolis at Deirada, the ancient agora, the theatre, the Roman baths, as well as the excavations of the American School of Classical Studies in Lerna.

An important section of the old exhibition grouped the finds that came from the tombs of the Geometric period, with the top exhibit being the suit of armour from the 8th century BC, which was found in the so-called Tomb of the Warrior, to the east of the Roman Odeon. The same tomb also included a group of twelve irons spits and two krateftes [a grill arrangement for holding the skewers] in the shape of a ship.

Another exquisite find is the fragment of a Proto-Argive crater [wine cup], with a depiction of the blinding of Polyphemus by Odysseus and his companions (670-650 BC)

Amongst the Roman copies of the works of the Classical and Hellenistic periods, the Farnese-style statue of Heracles stands out. It is a copy of a 4th century BC work, which was created by Lysippus for the agora at ancient Sikyona.

On the floor of the arcade in the museum's courtyard, there are inlaid mosaic tiles from 6th century AD Argos, which have depictions of the twelve months and scenes of hunting and Dionysian revels. There are also tiles from the end of the 5th century AD, from the Agios Taxiarchis area, with personifications of the four seasons and pleasure.