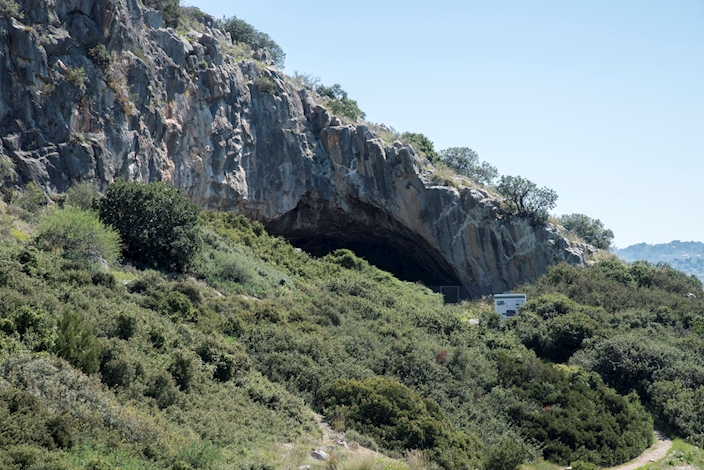 In Franchthi cave, on the western edge of the cape of the bay at Koilada in southeast Argolis, the most ancient remains of human activity in the area of Ermionida have been found, which date back to the Upper Palaeolithic period—about 28000 BC. The cave was periodically inhabited for about 13,000 years by small groups of itinerant hunters, who used stone tools to hunt and cut up the meat of large animals, such as wild horse and deer.

From the 10th to the 8th millennium BC, the cave was occupied by whole families, who became gatherers and developed more complex tools, using flint as their basic material. The fact that they had jewellery is impressive, as is the fact that they imported obsidian from Milos at the end of the Palaeolithic period to make stone tools.

Between 7500-7000 BC, there was a decline in the hunting of large prey and the diet of the cave dwellers was based on plants, shell fish and snails (gatherers). Siliceous shale was also used to make tools, along with obsidian and flint. The burial of a 25-year-old man in the cave is rare evidence of a burial from the Mesolithic period.

Between 7000-6000 BC, the residents in the cave were collectively orientated towards fishing. They fished tuna and made jewellery from shells.

There was a transition to the new agricultural food production of the Neolithic period, with the appearance of domesticated animals and plants in the cave, a little after 6000 BC. However, the residents did not completely abandon the gathering (fishing) and hunting habits of the previous period. The occupation of the space, which extended outside the cave towards the beach, became permanent and was characterised by the burial of the dead and the appearance of pottery (6000-5000 BC). Artefacts of a symbolic nature, such as idols and jewellery, allow us to see something of the ideology of the residents, while the importation of objects of raw materials demonstrate contact and trade with other areas.

Around 3000 BC, the rising sea level, in combination with the rock slides that were caused by seismic activity, reduced the living space of the community and led to the cave being gradually abandoned.